Young Mind Interactive has produced an animated video on behalf of the “Friends of the Virgin Islands National Park”, a non-profit that is the official private sector partner to the park, and that helps the park make due where the U.S. government has been unable to. After the devastating hurricane season, the group is holding a fundraiser to be used to address the damage done by hurricane Irma, and help restore the park to a useful state for park visitors.

“Using ‘Procreate’ on the iPad made so much sense. I use this tablet to create are when I am not working as a multi-media designer. When my client asked if I could create an animation that required a number of scenes and animals, all in under ten days. I knew if had to be “sketchy” and feel like a drawing. I felt I had to use the APP Procreate, because I have been using it to make animated art videos for a few years already. Within this project, with the chance to draw these cool animals, I felt as natural as a kid with a box of crayons.”

“Animating all of the elements was was a little trickier. I had to reassemble the pieces of art into Adobe Premiere in order to get all of the animal motions worked out. Everything os timed to music too, so it is a complex 1 minute of animation. I’m really proud of it.” 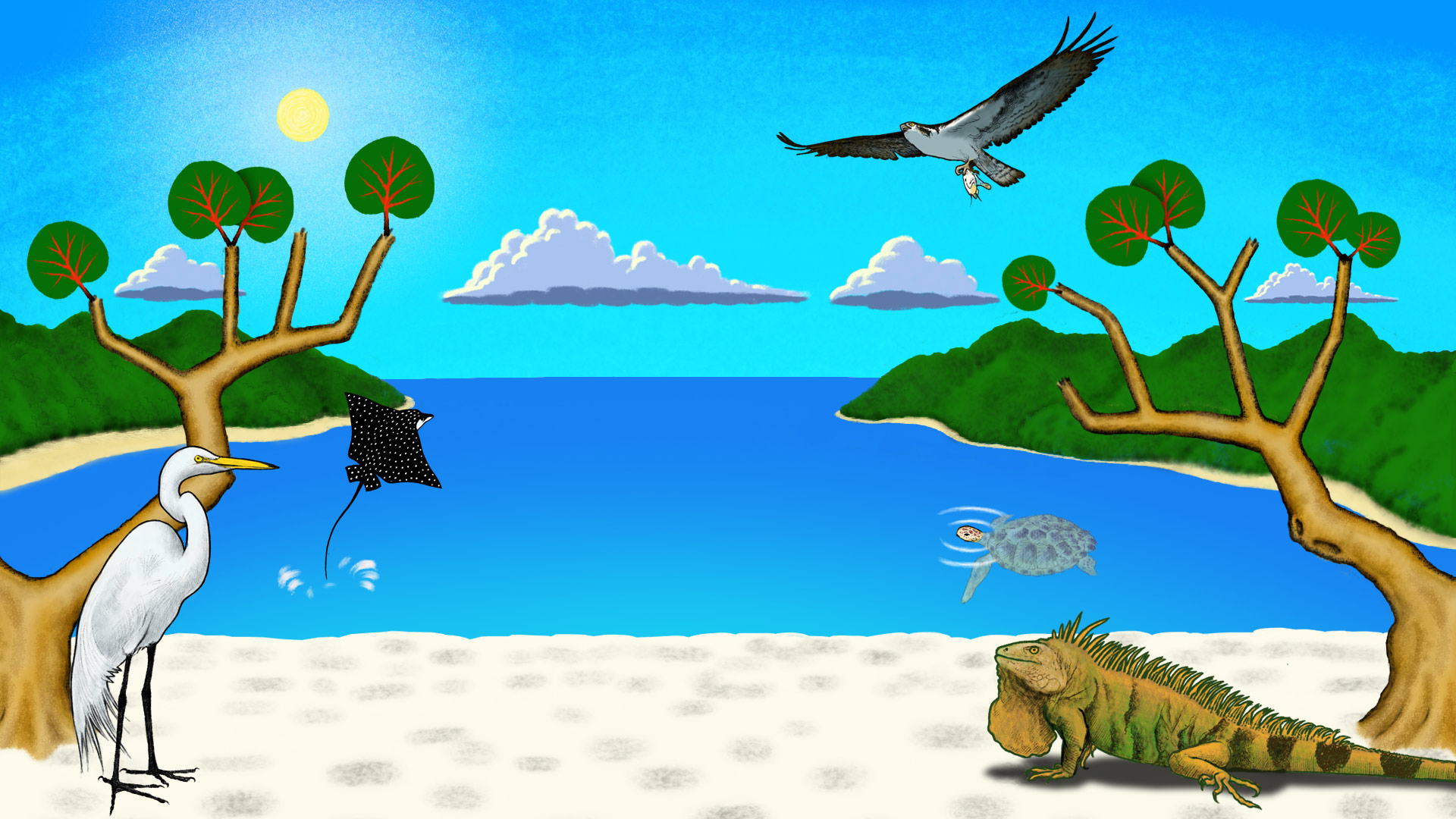 The cast of critters assembled into Photoshop for a group pic.

Jeffrey Wiener is an artist, technologist, entrepreneurial adventurer, and CEO of Young Mind Interactive - a publisher dedicated to creating new and effective Digital Learning Tools for students and teachers. Follow @YMIgames on Twitter>
View all posts by Jeffrey Wiener →

This site uses Akismet to reduce spam. Learn how your comment data is processed.